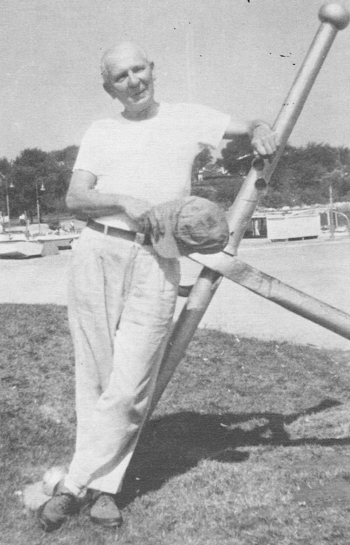 From time to time we feature a cartoon drawn by Ross Lewis.

Ross was born in Metamora Michigan in 1902.  He moved to Milwaukee in 1920 and began working for the Journal in 1925.  He began drawing the political cartoon for the paper in 1932, and produced a daily cartoon until he retired in 1967.  His cartoons were featured on the front page, and only after his retirement were they moved to the editorial page.

He was awarded the Pulitzer Prize for the cartoon (shown below) that ran on September 1, 1934.

Ross owned several sailboats while a member of SSYC.  He didn't race, but often cruised with his wife, Florence.  And in his spare time, he penned a number of cartoons for the club, which we continue to publish in the Compass.